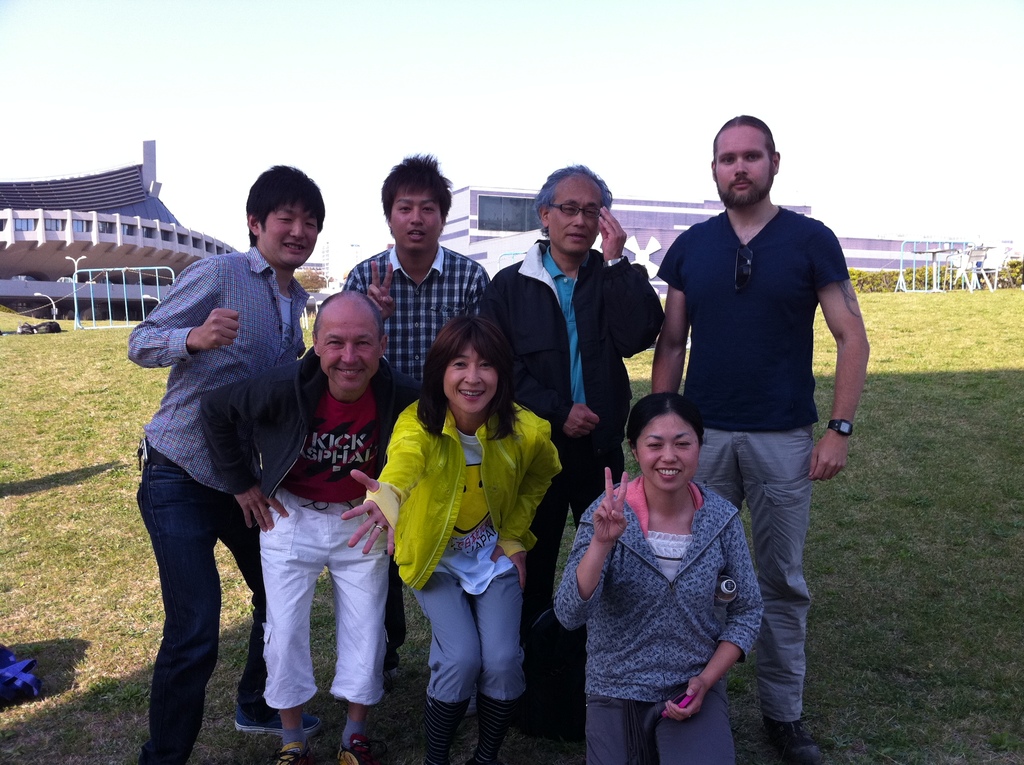 Running great Mari Tanigawa, winner of the Paris Marathon 1994 (2:27:55) visited us at WIRED CAFE<>FIT today, Masako and myself were happy to see her again after a long time, and as beautiful as ever!

Please do spare a thought for the legendary Norwegian marathon runner who passed away earlier this week after a 5 year battle against cancer.

An orbituary will be published soon. 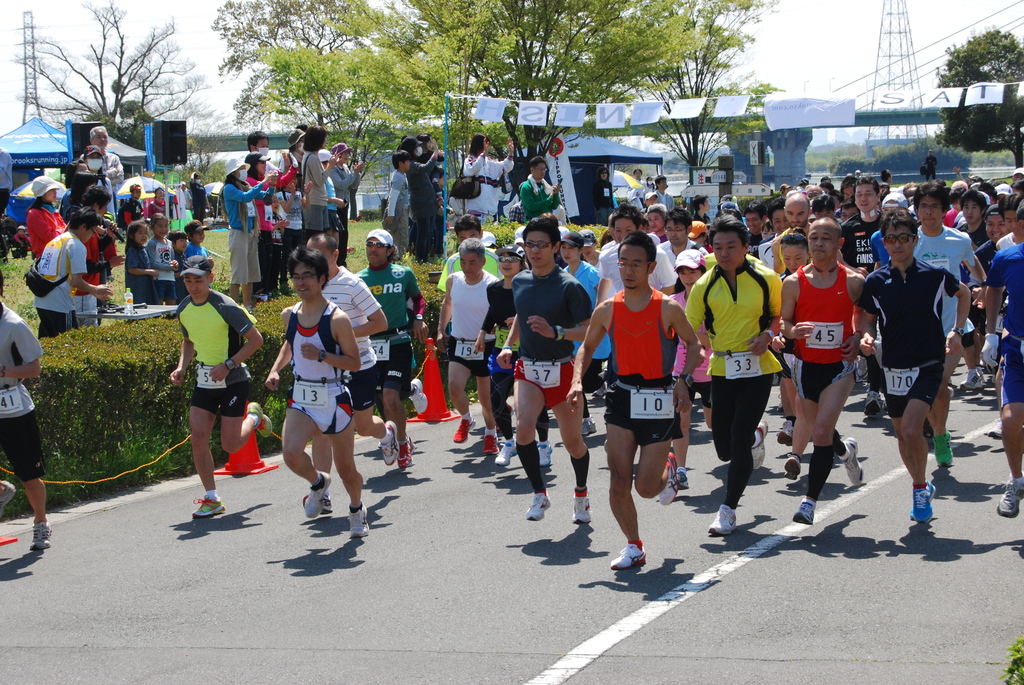 Today we had beautiful weather, but web-sources told of high radiation. Still, people had a wonderful time at our second event at Lake Saiko, the Spring 5k! Thank you very much for coming out, and many thanks to all the people who helped!

Hope to run with everybody again…

We are doing it!

Joining as a Team in the Oxfam Trailwalker 2011, a 100km walk-for-charity event,
Me, Bobji, Elsie and Kalim are to walk the distance, a 100 kilometers, over mountains and hills.
+ we plan to do it within 28 hours!
+ we are raising money for charity! 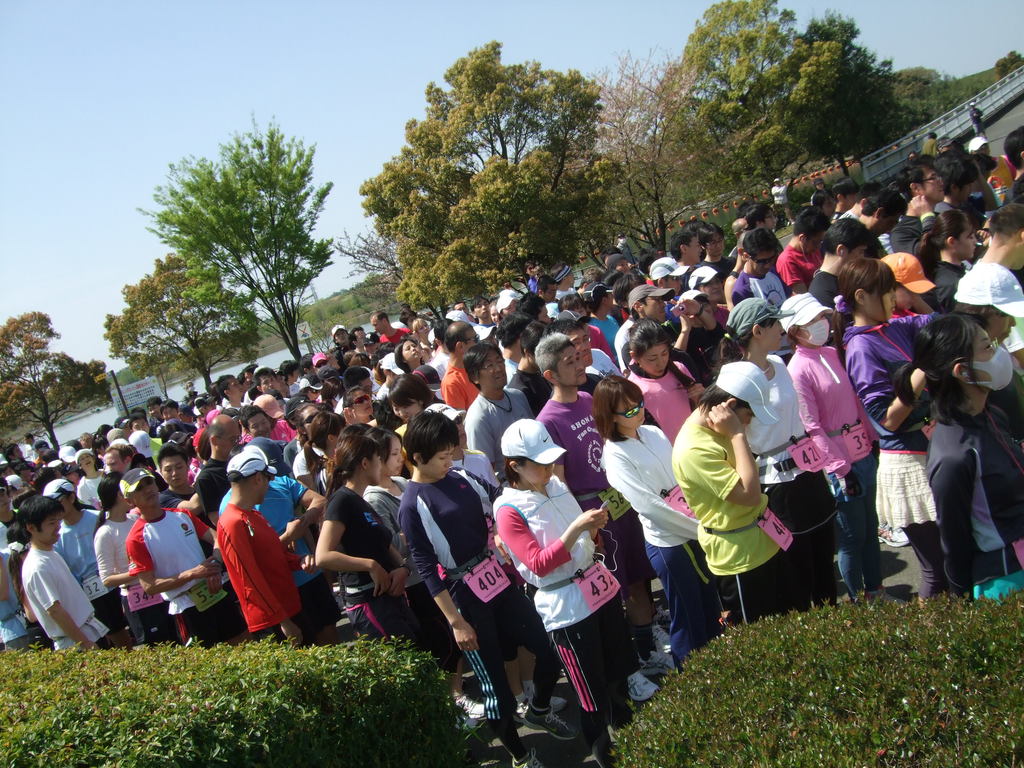 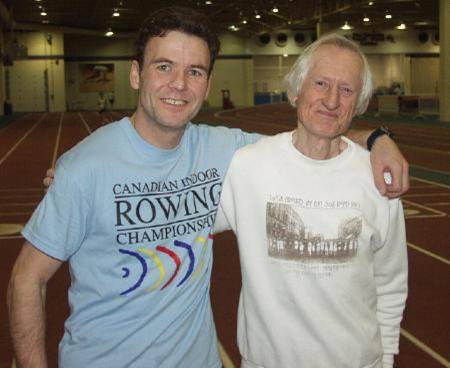 Running hero and inspiration Ed Whitlock set another world record! He became the fastest 80-year-old ever, running the Rotterdam Marathon in 3:25:40!

The picture shows Ed a few years ago with our member, fellow Canadian David Deubelbeiss, himself a former World-record holder -…

80 years old and he sets a new age best in yesterday's Rotterdam marathon......3:25 something. An amazing feat that is truly inspiring.

Pleasing run yesterday. Competed in the 10k event as part of the Adidas MBC marathon festival in Misari just outside Seoul-sorry no pictures as I forgot my camera. Overall 18 000 runners competed in one of the marathon, half, 10k, and 5k races. And yours truly finished 5th in 35:48, so a good sign of how things are at this stage of my preparation for the Gold Coast marathon in 12 weeks. 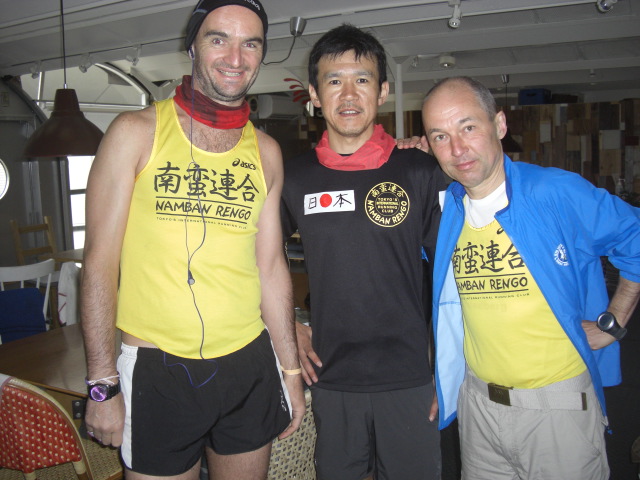 In spite of some navigation problems due to the fact that team leader James (Yorkshire Madman) Midgley forgot his maps we finished in just under 4:30h, achieving our target for the 40k around Yamanote Line in spite of running a full marathon (42:22 according to my Garmin). 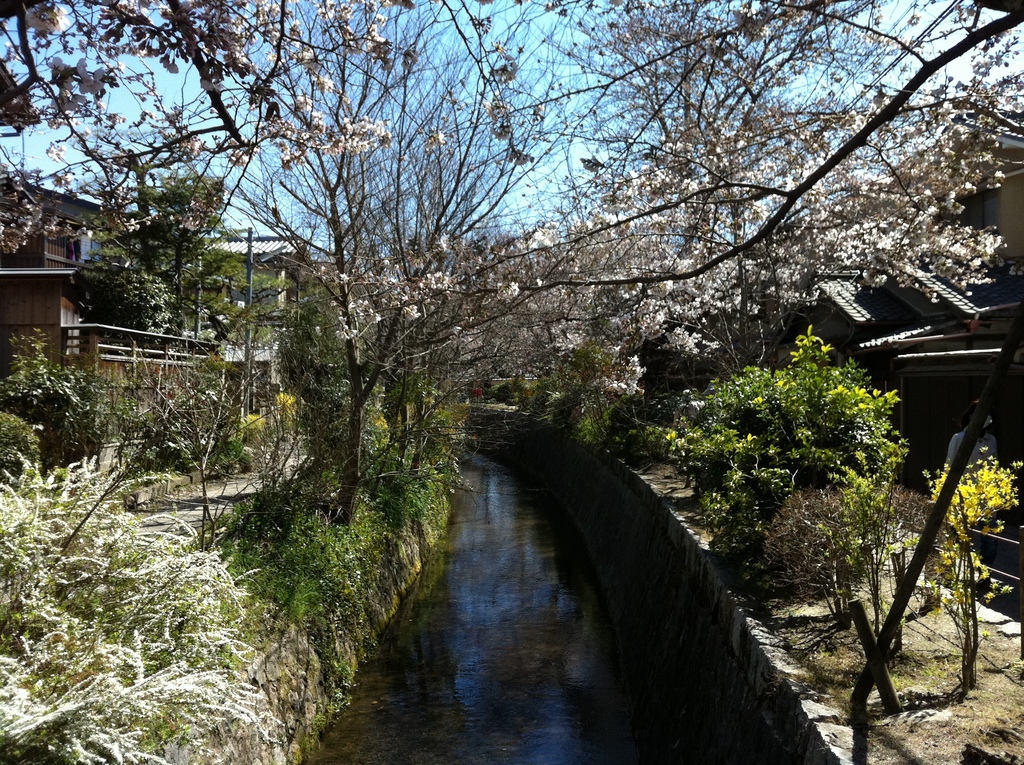 A beautiful day at the Path of Philosophy, and a lot of good people who donated for the earthquake victims. A young couple of runners who I had handed my flyer came running after me to hand me a 1000Yen note, and a group of foreigners celebrating under the cherry trees donated 500Yen each.

May go for a second run later… 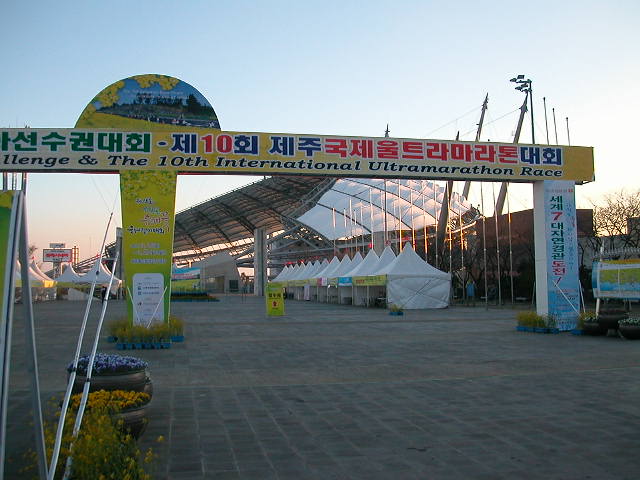 Place Saiko Green Park in Saitama
register 11：30
the entry fee is 1000yen (minimum donation),
we will donate all to the victims in Tohoku.