For those of you who a resting today, here's an article from the NY Times about the race.

Have a great run!

Here's a link to an article about the race.  Unfortunately, it only has the results for the men.  It was a big day for the university teams.

Otsukare sama to all those who took part!

Although I was very fortunate and able to run in 2009 and 2010, I was turned down this year.  I would really like to run again in 2012 but I am not sure how I feel about this "preferred" member scheme (especially since I do not know the amount).  Perhaps a qualifying time for a certain number of racers (maybe this already exists?) similar to Boston would be a fairer, cheaper option.  I've never been a fan of "pay-to-play."

This was a very interesting story about Leonel Manzano and the Fifth Avenue Mile. I'm always happy to see an article about running!

Just over 5 weeks ago, I was in a bike accident and broke my left elbow. It seems that riding on the correct side of the road and obeying the traffic signals, all without wearing headphones or using a keitai is now trumped by the opposite. I'm glad that I wear a helmet.

If any of you have a suggestion to these 2 main questions, I'd appreciate it.

1.) Do you know of any half-marathons in the Tokyo area in early November? This might be easier with a tangible goal ahead. (I may… Continue

Today was the 2010 Tokyo Marathon. Although the weather conditions were far from ideal (7c and rain/snow), this year's running was not all that bad. It was a big year for Japanese runners: 7 of the top ten men and 5 of the top women were from Japan. Here is a list of the top 10 men and women:

Being that I was unable to enter the Tamagawa/Kawasaki half in November, I thought it might be a good idea to run even a 10k before the year's end. Good weather and a flat course made the Ota-Ku Road Race a very comfortable one. I was able to drop my PB over 3 minutes down to 41:32 (although I suspect the course might not have been exact). With no markers, I had to rely on lap splits (3x around the perimeter of the park) and actually had some more left in the tank at the end. Either way, I'll… Continue

Just in case you didn't notice, the pre-registration for the 2010 Tokyo Marathon has opened. Here is the site:
http://www.tokyo42195.org/

This year they have made it clear that if you can read and write Japanese, you can use the Japanese website for an entry fee of 10,000 yen. If you choose the English/International site, it will be 12,000 yen. The application period end on the 31st.

Last Sunday's Tokyo Marathon was my first at the distance. I now truly know the difference between "half" and "full". I ended up running 3:37:36 (gun time). Since I was in block E, there were only 4 minutes between the gun and my crosing the start line-pretty good considering the 35,000 people. The wind and rain are a logical scapegoat for my performance but I know that it was my lack of preparation (my longest run was only 30km) that did it. I just ran out of gas after 35km. Although I didn't… Continue

Although I didn't get a chance to say hi to the Namban folks before the race, I was able to say hi to a few while out on the course. As for the race, I dropped my PB below the 1:40 mark to 1:36:07. This is a "gun" time and therefore I am anxiously awaiting the chip time results (could be about 3 mins lower). I had expected there to be markers every Km and was thrown off by the 5km marker. However, I think this made me run faster by "feel" as opposed to micro-managing each km. My 3rd 5K split… Continue 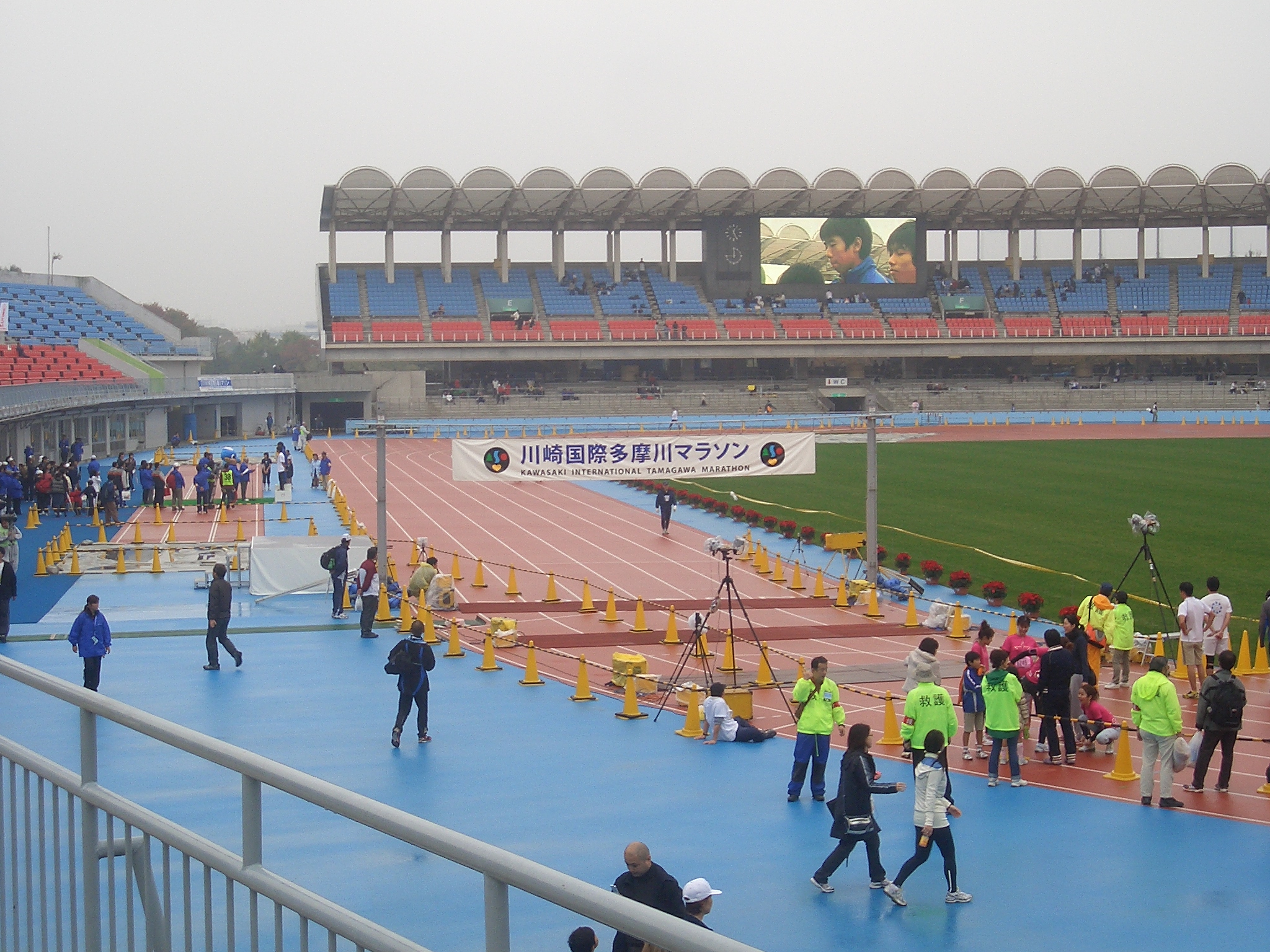 It's been a while since my last race (Honmonji 10K). I figured what better way to get back into it than to run my first official Half Marathon. Although the weather was wet beforehand, it was actually cool and comfortable during the race. I pulled in at 1:41:10, well under my target of 1:45:00. The first 10K was slow (49:57) but I was able to get it together on the back half (splits around 4:35). Happy: yes. Sore: もちろん。 I wonder how I would… Continue