Books I have just read

Pretty good book. Nothing much about his training but quite a bit about his life after his second Olympic Gold.

'Run to Overcome' by Meb Keflezighi.2010

This is a really good book. Amazing what this guy had to overcome in his early life and also his many injuries.Lots of great race descriptions. 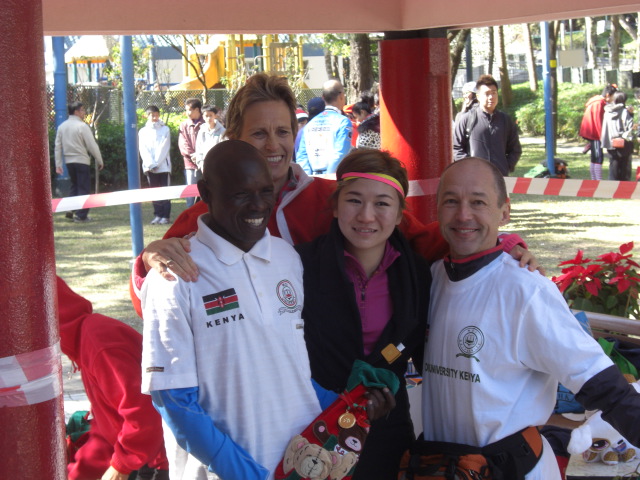 Francis, who is 53 years old and the gardener of Moi University in Eldoret, had arrived in HK on Friday, and,… 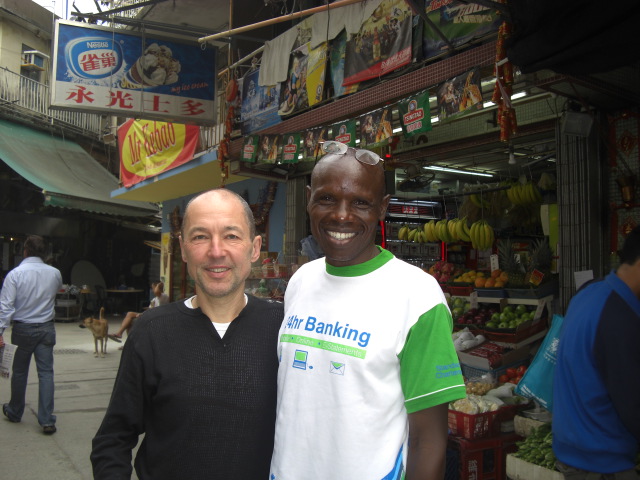 Juergen and Francis on beautiful Lamma Island! Off for a run in a minute!

Merry Christmas and a Happy New Year to all you members of Running in Tokyo.

I hope you all have a wonderful time wherever or whoever you are with. Best wishes for the new year; I hope 2011 will be a healthy one with  much prosperity and of course many personel bests. Daniiel (thanks for posting, see below), Masako and Juergen ran in today's race at Ota-ku. I had my new Brooks racing flats, and yes, ran an age-graded PB of  37:58, not bad considering the Garmin showed the course as 100m long, and I had run a half-marathon the week before! Splits were 3:35 (!) for the first kilometer, and 18:40 for 5k!

So off to Oi Keiba Jo at 8:00, next to Haneda airport in Tokyo bay for the Ota-ku 10 miles. 7.5 degres, 57% humidity, clouds. Winds from the north. Race starts at 10:00, very well organized, 5 loops around the stadiums. I applied my new method, 9 minutes run, 1 minute walk. It's working well. I finished in 1:42'16", in 498th position. 12 minutes quicker than my race plan. And 45 minutes after the winners. I received support and cheers from officials and from friends from Namban: thank you…

Although I was very fortunate and able to run in 2009 and 2010, I was turned down this year.  I would really like to run again in 2012 but I am not sure how I feel about this "preferred" member scheme (especially since I do not know the amount).  Perhaps a qualifying time for a certain number of racers (maybe this already exists?) similar to Boston would be a fairer, cheaper option.  I've never been a fan of "pay-to-play." 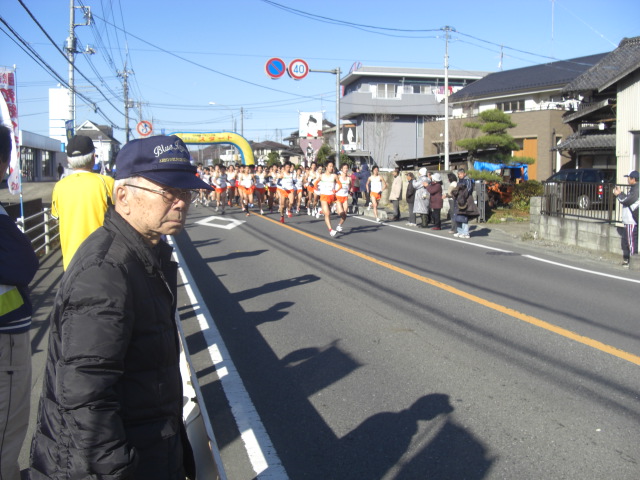 Today, a small group of about six Nambanners ran the Ogawamachi Washi Halfmarathon. It is a really nice race, well organized, with good support by the local community. Furthermore, the start is only 1.5k from my second home, so it is very convenient for me, and for my friends, who are always invited!

Nice day to run through the woods of Mount Takao for this year Tengu trail race.

I joined the 10K, took a wrong turn and climbed the wrong mountain. Returned on my steps all the way down, climbed again (the correct mountain this time), fell heavily on my butt, fell again face forward but managed the regain my balance in time and just touched the ground with my hands. Run like hell in the last 3K all downhill to the finish line and recovered 2 positions.

Got 3rd in my age… Continue

Tamami ran a PB Half Marathon yesterday in 1-44.13. Garmin showed the course long.Target is to break 100 minutes. She finished 12th in the over 40s and 26th women overall. 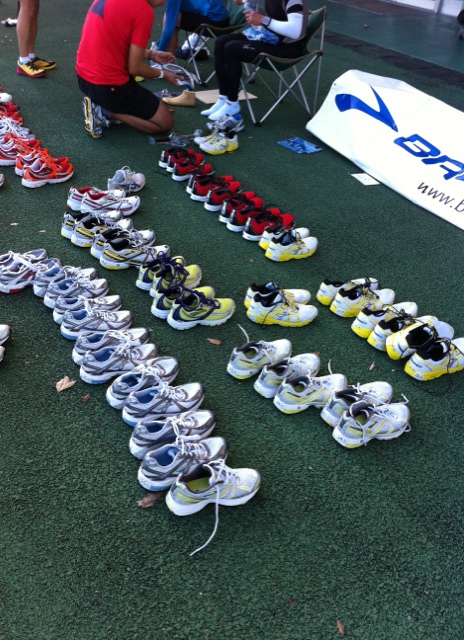 Today, our running team In Kashiwa had an event sponsored by Brooks, Runx staff did PR for Brooks shoes and we could try on any shoe we wanted! 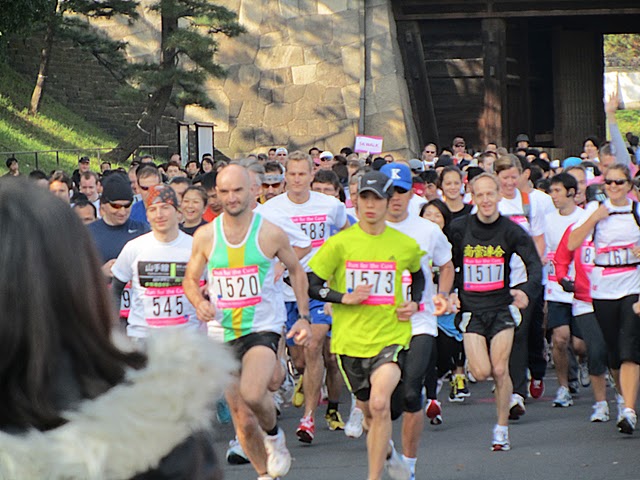 Jay Johannesen (1517) placed second in this year's Run for the Cure at Tokyo's Imperial Palace, beating Namban Rengo's Michael Tandler (545） by a few seconds. Also in this picture is UK-James (3520). Jay's time for the 10k was 35:43, congratulations! Read more at:…