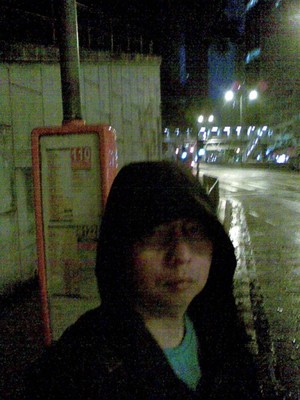 "Luckily" unlike the predict by futureblurmaxx and his supporter Waru, I did complete the race about 8 mins faster than his prediction of 57… Shiki and Tokyo members enjoyed the Sakura and Onsen in Shiki!

Just a short note about the Tokyo marathon on 22 March , to me it was a great race , well organised and enjoyed the enthusiastic supporters and helpers . Did not make my PB but never mind . Next time......

Will join again next year but must remember to wear more clothing as I was freezing in my vest.......

Good run if you like hills. Trophies for the first 6.

Last Sunday's Tokyo Marathon was my first at the distance. I now truly know the difference between "half" and "full". I ended up running 3:37:36 (gun time). Since I was in block E, there were only 4 minutes between the gun and my crosing the start line-pretty good considering the 35,000 people. The wind and rain are a logical scapegoat for my performance but I know that it was my lack of preparation (my longest run was only 30km) that did it. I just ran out of gas after 35km. Although I didn't… Continue 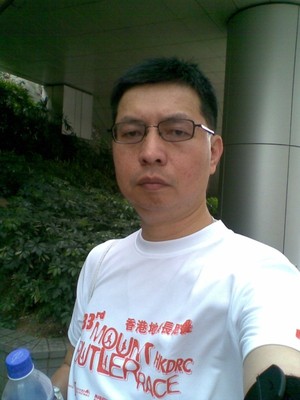 Completed the 15 Km Mt Butler Race ( 第33屆 香港 畢拉山 15km 越野賽 ) in an extremely humid and warm morning in a disappointed time of 91 mins. I felt exhausted and frustrated while walking uphill for four times during the race.

However I was happy to meet so many runners friends including Rebecca, Chun Che, Prince Wai and others from Leisure Runners, Amy, Bhoova, Thomas,…

I ran 10K at Tokyo Marathon. This is my 3rd Tokyo Marathon and 2nd time for 10k race.
Every year, what section you start is one of the biggest issues, especially, for 10K runners, it can be crucial because they run with full marathon people.
My section was D which was not too bad, but still, it took me 3 minutes to get to the start point.

Tokyo Marathon 10K vcan be a PB course because there is no uphill. But to make it, you better start at Section A.

Oh my god, I did it again. Third Marathon and third Tokyo marathon.

I finished below 5 hours as planned. Sugoi!

No injuries, great souvenirs, a lot of FUN. A lot of wind, specially in the face/side from Asakusa till arrival at Tokyo Big Sight.

So many souvenirs, such a great day, some great stories.

The first 10K are real mess as 10K and marathon runners are fighting for running space. We had sun on the way down to Shinagawa and back to Hibiya. I… Continue 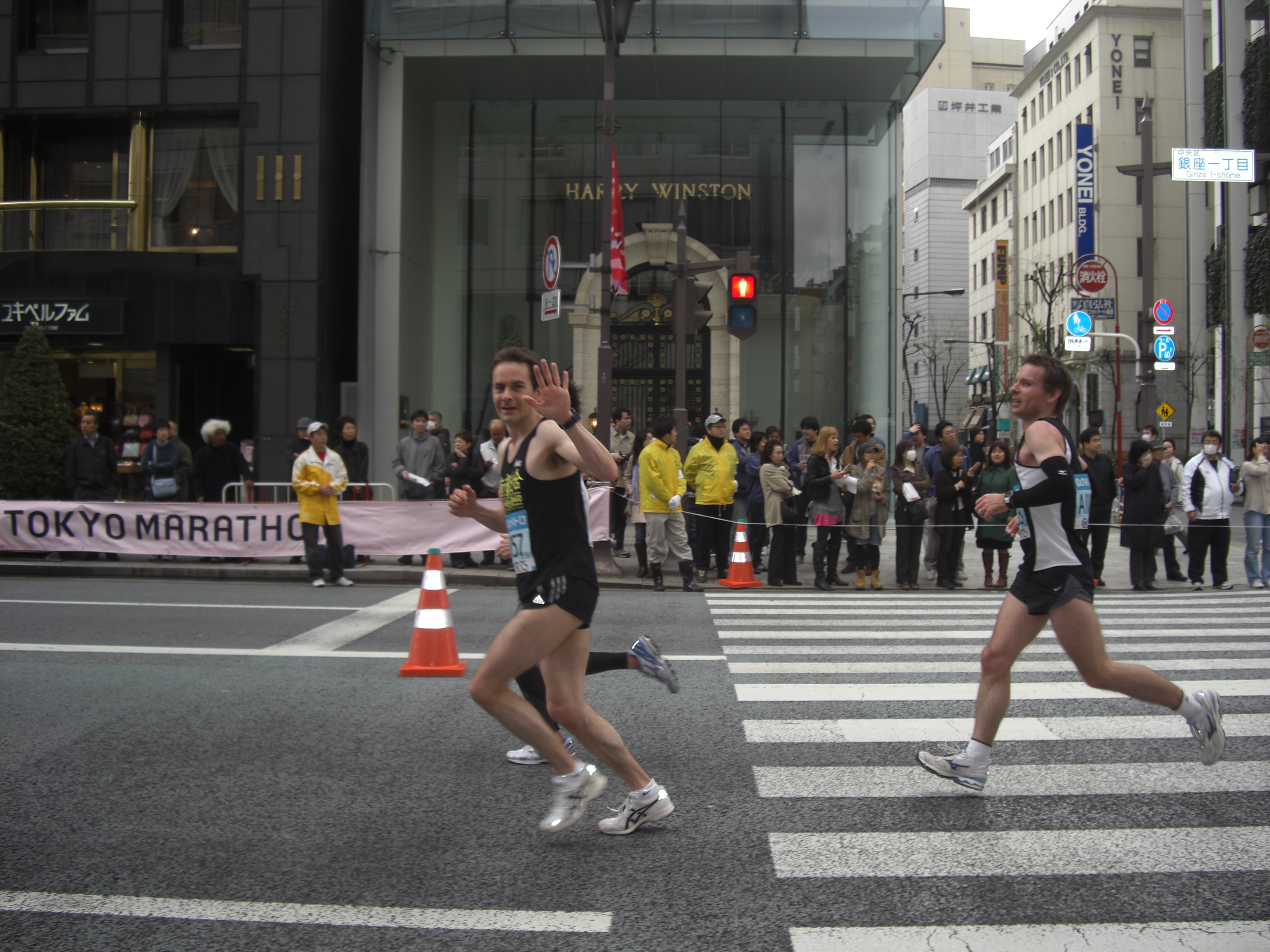 Stuart MacIntosh looking smooth, with Gordon following!
Today, I went to support our runners at the Tokyo International Marathon. I decided not to travel around on the train because I thought it would be too exhausting. I was lucky to be able to watch all Namban Rengo runners at my choosen place near Ginza Station before the rain started, but it must have been quite an ordeal for exhausted runners to run the last 8k in rain and wind!
For… Continue 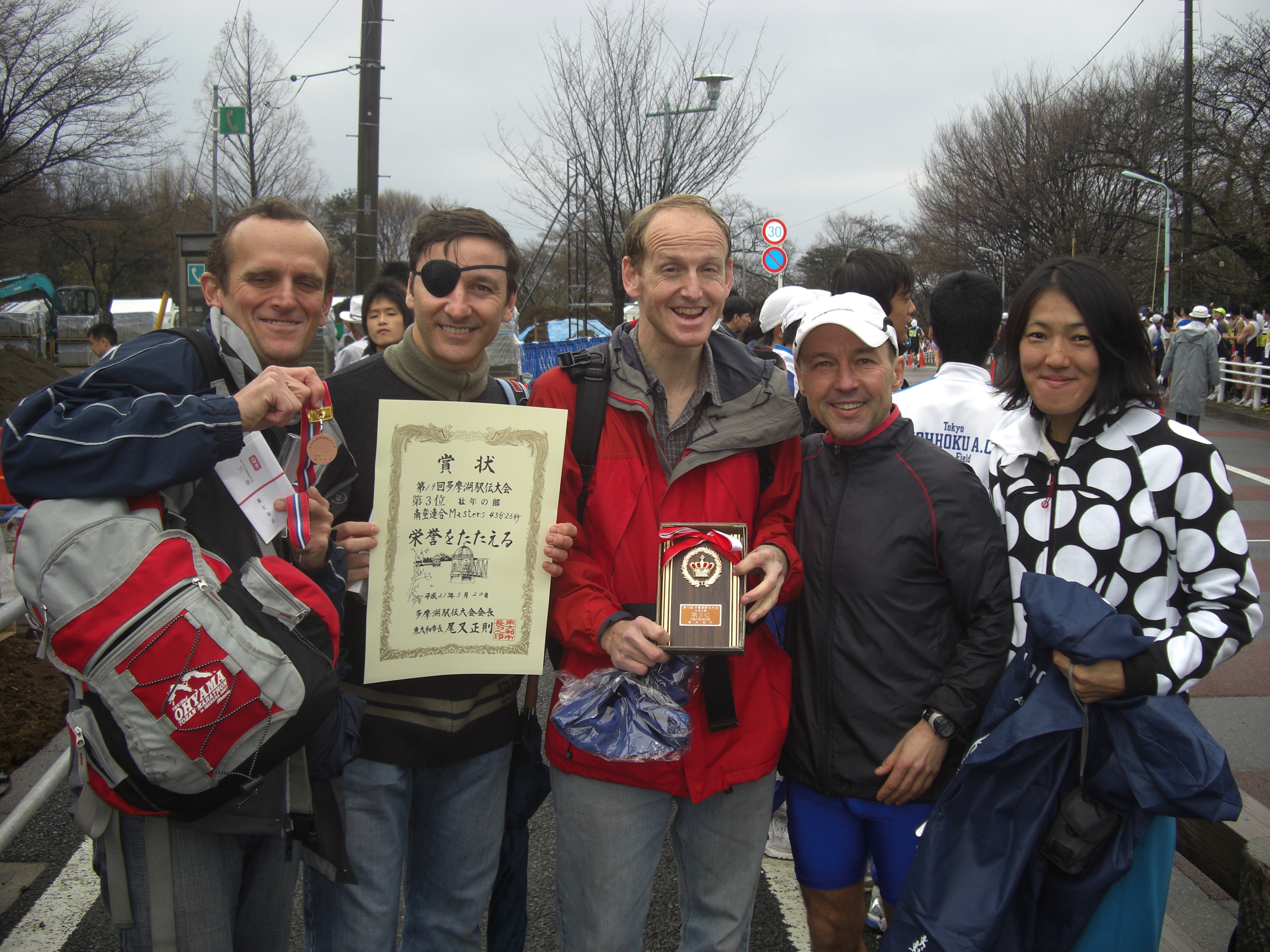 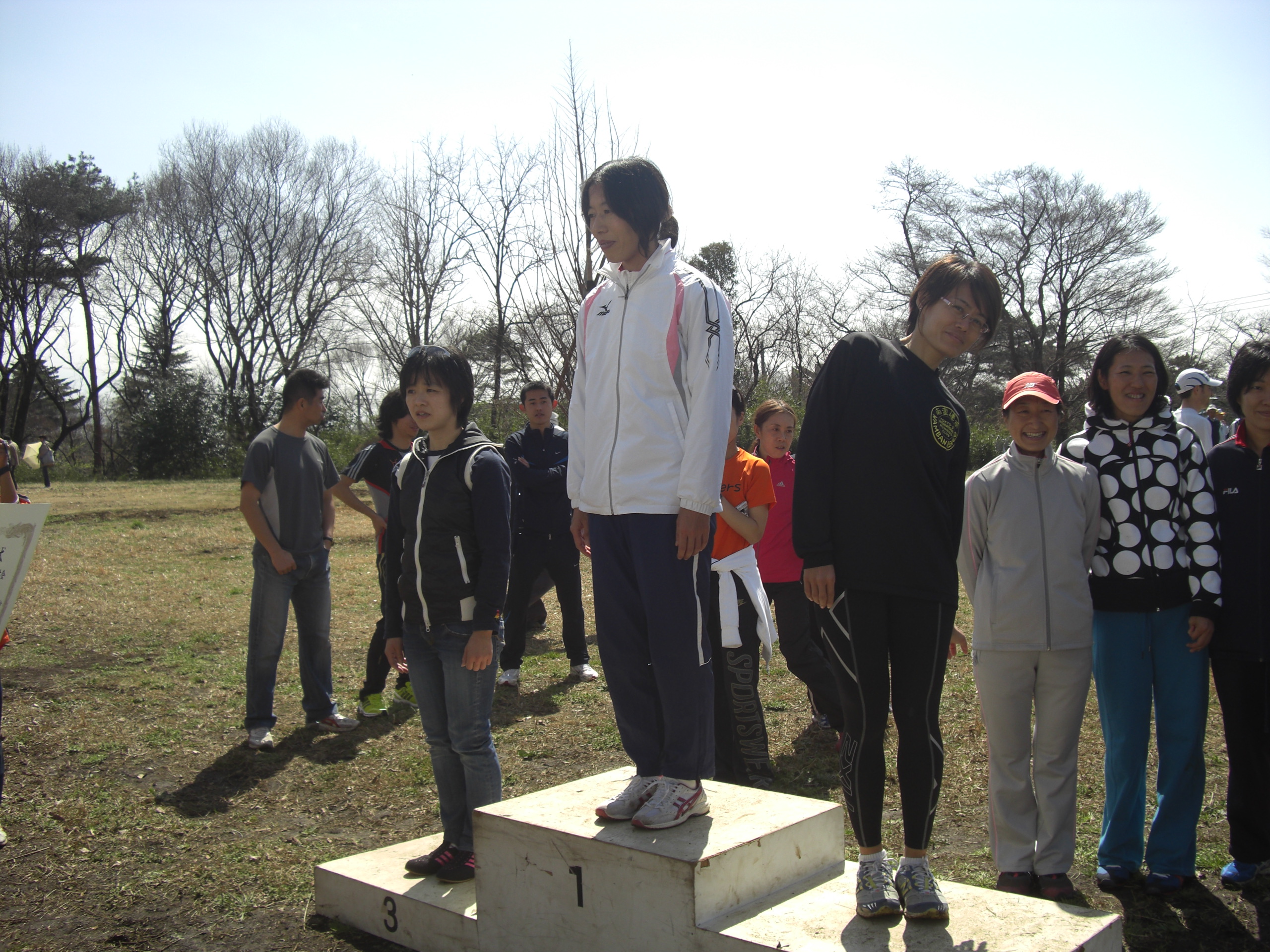 Namban Rengo had a successful Tamako Ekiden, with the Ladies placing 2nd and the Vets 3rd! Official results will follow. Thanks to Satohi for organizing!

Tamami Koike ran 23.22 for the 5Km this morning at Arakawa. A good effort after a rush from the station and no warm up. Her fastest 5Km on the road and 5 seconds outside her 5km track PB. 오늘은 친구와 한국의 남부의 마라톤 대회에 참가했습니다.감기에 걸렸으므로, ３９：５５으로 만족했습니다.정말 즐거운 하루였습니다!OWAIN라고 하는 친구는 ３７：００으로, 매우 좋은 결과다 했습니다. Today I took part in a 10k race in Namhae in Southern Korea. It was a very enjoyable event, eventhough, a bit confusing as usual. As I had just recovered from a cold, I was happy to just break 40min (39:55).My friend Owain placed 9th in 37:00! 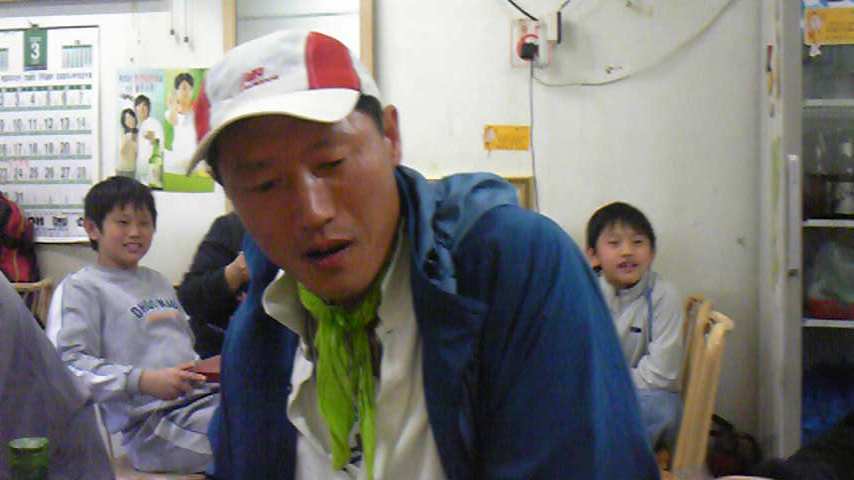 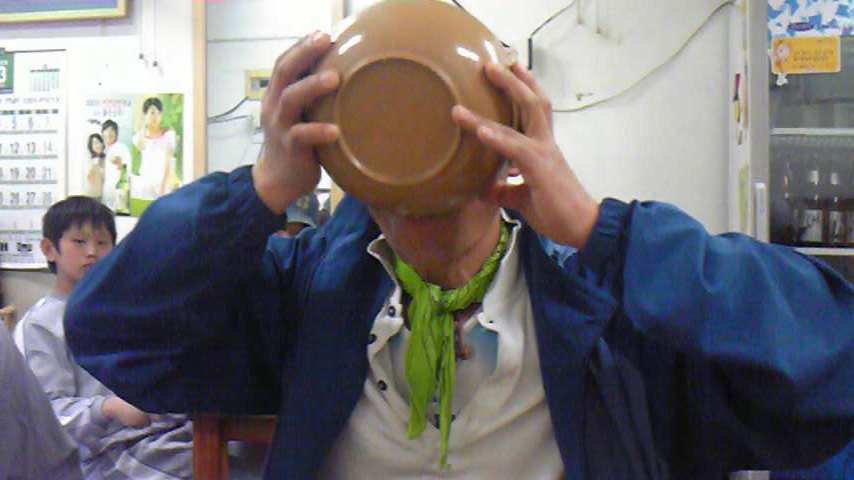 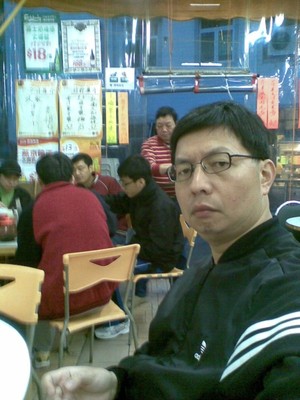 I was happy to meet so many Ching / Ctse from LongRun.hk including Hang Hau Ox, 7…

Tamami san and I ran this together today. Flat course but windy and a bit muddy. Tamami ran another PB finishing in 1-44.49. Slowly improving. Bit of a shock for us running in 7 degrees after training 3 days ago in 35 degree heat in Melbourne.