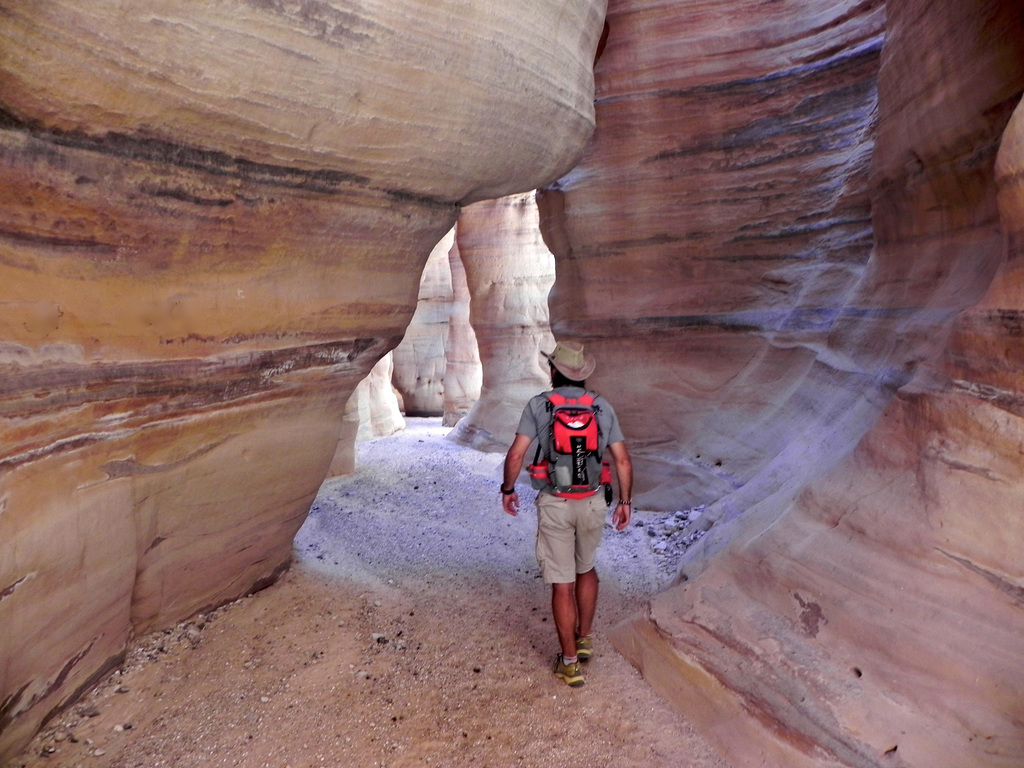 Racing in the Footsteps of Lawrence of Arabia (8 May 2012, Hong Kong) — A cast of 150 competitors from 38 countries will be gathering in Jordan’s legendary Wadi Rum this weekend for the highly anticipated RacingThePlanet: Jordan 2012, also known as the “roving race.” The race begins on 13 May at the Seven Pillars of Wisdom, a rock formation made famous by Lawrence of Arabia. From here, competitors will embark on a 250-kilometer footrace across the multi-colored sands of Bedouin country — encountering everything from blue lizards to awe-inspiring rock formations and intriguing canyons. Seven days later, the race concludes against the rose-colored sandstone mountains of the ancient city of Petra. “We are thrilled to be bringing the “roving race” to such a historically and culturally rich part of the world,” says Mary Gadams, the founder of the event. “We have talented local teams on the ground to help us to plot the course through this astonishing landscape and to allow competitors to learn about the rich culture and traditions of the Bedouin people along the way. One characteristic of the Jordanian people is their hospitality. This comes from the harshness of desert life — no traveller is turned away.” This is the fifth “roving race” in the series, after previous races in Vietnam, Namibia, Australia and Nepal, and it promises to be one of the most visually impressive with staggeringly beautiful sites and a total of four deserts to cross along the route. The “roving race” follows the same format as the world-renowned 4 Deserts series with competitors carrying all of their own food, only to be supplied with water and a place to sleep in a tent along the way. It may be the beautiful and historically rich nature of this setting that has drawn one of the largest proportions of RacingThePlanet veterans to date. An impressive 70% have already run in previous RacingThePlanet / 4 Deserts events, and 25 are members of the prestigious 4 Deserts Club. Top contenders this year include 51-year-old Paolo Barghini, who won the Sahara Race (Egypt) in 2009 and earned second place at The Last Desert (Antarctica) in 2010. German music promoter Rafael Fuchsgruber is another force — he took third place at the Sahara Race 2010. Katia Figini of Italy is one to watch in the women’s division. The 36-year-old won the Sahara Race 2010 and ranked fourth overall at RacingThePlanet: Namibia in 2009. Lucy Marriott of the United Kingdom will also provide strong competition; she placed first at the Atacama Crossing (Chile) in 2006 and is a top finisher at local races in her home of Hong Kong. Amid such experienced long-distance athletes is an entire cast of newcomers heading to Jordan, such as 22-year-old James Gaston of the United States, who is aiming to finish all 4 Deserts races this year in addition to the Roving Race — he got off to an excellent start earlier this year at the Atacama Crossing in Chile. Teams are, of course, a famed part of these events, and in Jordan we see three teams taking on the collective challenge. The teams are Lady Crazies, an all-female collective who met whilst volunteering at the Atacama Crossing (Chile) in 2011; The March, whose members, including ultra-distance athlete Sophie Collett, also met on previous races; and the Italian Team iLupi who embark on its first RacingThePlanet event in a bid to raise funds for Operation Smile. Every year the “roving race” donates funds to a benefitting charity and Operation Smile is this year’s official partner — money raised will be used to help fund their missions to operate on children with cleft lip and palate in remote and impoverished regions of the world, including sites right here in Jordan. Many additional charities are also benefitting from individual pledges by competitors. —Ends— About RacingThePlanet: Jordan 2012 (13 – 19 May 2012) www.racingtheplanet.com/jordan RacingThePlanet: Jordan 2012 is the fifth edition of RacingThePlanet’s annual “roving race.” The “roving race” follows the same format as the world renowned 4 Deserts Series; it is a 250 kilometer / 155 mile, six- stage, seven-day, self-supported rough-country footrace. Past locations for the “roving race” have taken place in Vietnam, Namibia, Australia and Nepal. The event begins in Wadi Rum, the area made famous by Lawrence of Arabia and is the location of the Seven Pillars of Wisdom. It is noted for its rock formations and multiple colored sand and rock. The course goes through five deserts in the Bedouin country and will finish in the Ancient City of Petra. Competitors are required to carry everything they need for the duration of the event, other than tents and water which will be provided. Competitors are also supported by professional medical and operations teams. For any further information or requests for photos and video introductions, please contact info@racingtheplanet.com.