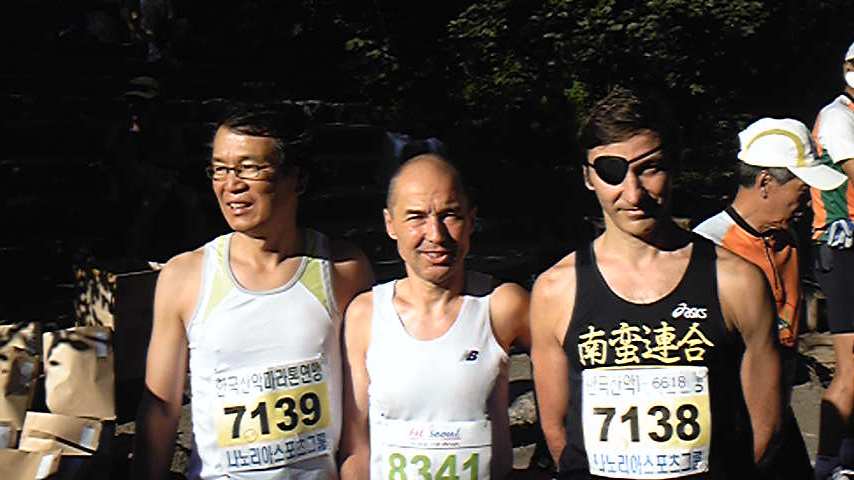 Three Nambanners and one Korean friend took part in this race on a demanding course at Mt. Namsan in downtown Seoul. Fortunatly, it was only 15min walk from Fabrizio's hotel. The people were very friendly, and every participant got a lot of presents, including Korean 'Nori', but there was nothing for the winners, as it was considered a 'friendship' race. It was fun though, to be mentioned by the announcer and be on the pics with the organisers.
When the race started, it was still quite competitive and a good work-out, Fabrizio came in first for the 12k, I was probably 5. (to be confirmed). Mutsumi placed 2. in the women's race.
Most of the runners, however, continued to run 30k, or even a full marathon adding more loops on the 6k course...tough!