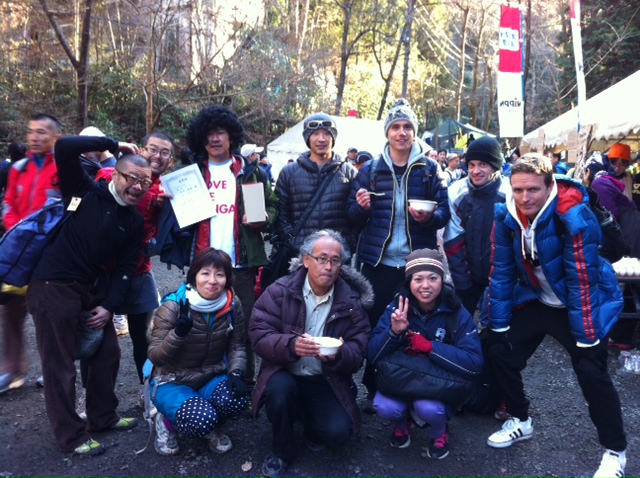 A great time was had by all at Takao this year, with Yoshi Ishikawa winning his age-group, Masako just out of the money in fourth after being passed by two other women on the downhill, and Christophe finishing in a remarkable 2h01 on the longer 18k course. Working on the video now, and more pics to be uploaded shortly!…

You can post blog-entries from the I-phone by scrolling down and using the full version of this page, letters become very small, but it is possible! Give it a try!
Pictures, however, seem to be difficult, but you can upload them by email and later include them in the post!